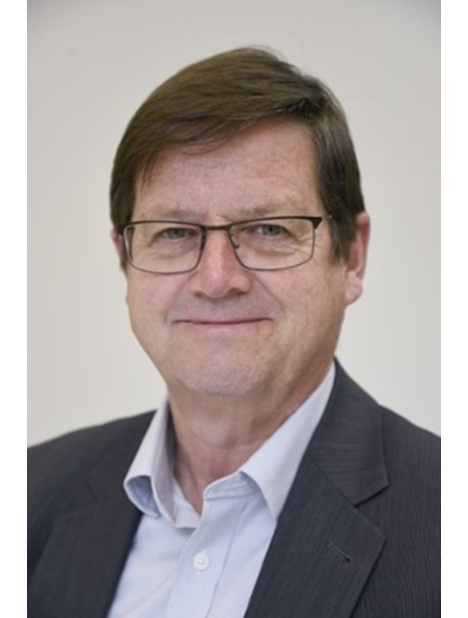 Rob is Professor of Biotechnology at RMIT University in Melbourne, Australia. His group studies bacterial diseases of chickens and the importance of gut microbiota in chicken health and productivity. He and his colleagues discovered NetB, the major Clostridium perfringens virulence factor responsible for induction of necrotic enteritis (NE) in broilers, plus several other virulence factors. His group has developed several experimental vaccines that induce protective immune responses against NE. They have also demonstrated the changes in gut microbiota that occur during NE. They have analysed the effects of feed components on gut microbiota and how these might be used to reduce the impact of NE. His group has also identified, named, and investigated Campylobacter hepaticus and Campylobacter bilis, the pathogens responsible for Spotty Liver Disease, an emerging disease in layers. 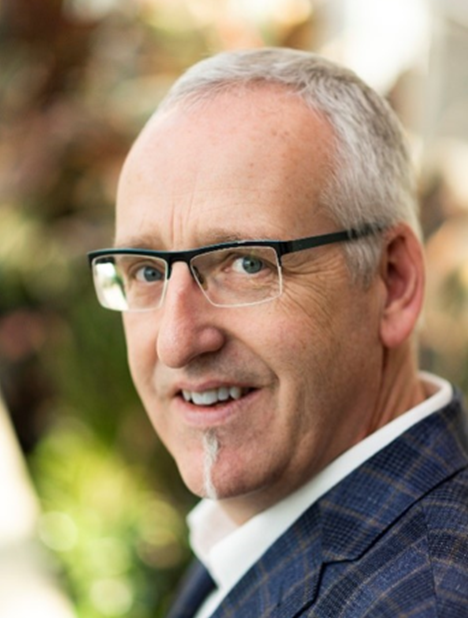 Dr. Zuidhof is Professor of Precision Feeding and Poultry Systems Modeling at the University of Alberta. He has been studying broiler breeders for over 30 years, with 100 peer reviewed publications and 4 patents. Over the last decade, his team developed precision feeding technology to feed individual birds the right amount of the right feed at the right time. In addition to its commercial potential, the precision feeding system doubles as one of the best data acquisition tools in the world for free-run poultry research. Dr. Zuidhof‘s goal is to revolutionize the way the world feeds and studies broiler breeders.

Dr. Zuidhof is academic leader of the Poultry Innovation Partnership (PIP), a unique collaboration between the government, academia, and the poultry industry. The PIP is committed to relevance and excellence in research, teaching and learning, and extension, and it plays an important role training the next generation of leaders in the poultry industry.

Jeremy completed his PhD in microbiology at The University of Queensland in 2011. He then moved to San Diego, USA to complete a postdoctoral position with Prof. Forest Rohwer at San Diego State University. While there he studied the interactions of bacteriophage with mucosal surfaces and was involved in a word-first phage therapy case treating a patient with disseminated, multidrug-resistant infection. In 2016, he joined Monash University’s School of Biological Sciences where he is currently a Senior Lecturer and Group Leader. His research group studies bacteriophages and their tripartite interactions with their bacterial hosts and the human body. In 2020, he joined the Centre to Impact AMR where he leads translational phage therapy work.

Bernd Kaspers graduated in Veterinary Medicine in 1986 from the University of Munich and received his Doctor of Veterinary Medicine degree in 1989. Subsequently, he worked as a PostDoc fellow at the United States Department of Agriculture focussing on the immune response to coccidian infection. Since 1997 he is a Professor for Animal Physiology at the University of Munich. He has more than 30 years of research experience in animal physiology and immunology, which is documented by more than 115 peer-reviewed publications. He is senior editor of the 3rd edition of “Avian Immunology” published in 2022. His work involves research on both the innate and adaptive arms of the avian immune system with a particular focus on host-pathogen interaction, immune system maturation and mucosal immunity. Prof Kaspers received funding from the European Union, the German Research Foundation (DFG), the German Ministry for Education and Research and a number of vaccine and nutrition companies. 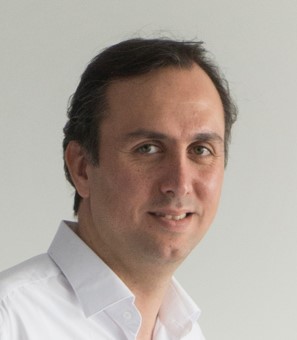 Dr Reza Barekatain is the leader of the Pig and Poultry science program at the South Australian Research and Development Institute (SARDI) based in Roseworthy, Australia, and an affiliate Senior Lecturer with the School of Animal and Veterinary Sciences, at the University of Adelaide. Dr Barekatain obtained his Ph.D. in poultry nutrition from the University of New England, Australia in 2013. At SARDI, his main research interest has been at the interface of nutrition and gut health with aim to improve productivity, stress resilience, and sustainability of pig and poultry production.  He is passionate about researching nutritional strategies for improving the intestinal barrier function and gastrointestinal ecosystem as a means to alleviate detrimental implications of enteric disorders, and stress-related factors that monogastric animals face during their production cycle. As part of various poultry research projects, Dr Barekatain has used different methods to study and quantify intestinal permeability, expression of tight junction proteins, inflammation, and immune function genes as well as intestinal microbiota. Dr Barekatain has published extensively in peer-reviewed journals and conference proceedings and serves as an Associate Editor for three journals Animal Nutrition, Poultry Science, and Animal Production Science. 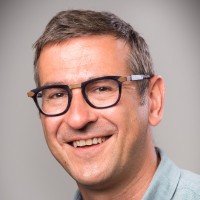 Filip Van Immerseel received a Master in Bio-engineering Sciences at the Catholic University of Leuven (KUL) in 1999, and a Master in Laboratory Animal Sciences at Ghent University in 2004. He received a PhD in Veterinary Medical Sciences at Ghent University in 2004, studying intestinal immune cell infiltration after Salmonella infection of chickens, and environmental triggers in the gut that influence Salmonella invasion. After a post-doc period, he was appointed as Research Professor by Ghent University in 2008. Currently he is Professor at the Department of Pathology, Bacteriology and Avian Diseases of the Faculty of Veterinary Medicine at Ghent University in Belgium and is head of a research group that studies host-bacterium interactions. Filip Van Immerseel currently has more than 170 scientific papers in international peer-reviewed journals, has written book chapters and edited books on Salmonella and Clostridium perfringens and is a well-known speaker at international events. He is editor of the journal Avian Pathology and involved in many international collaborative research networks. 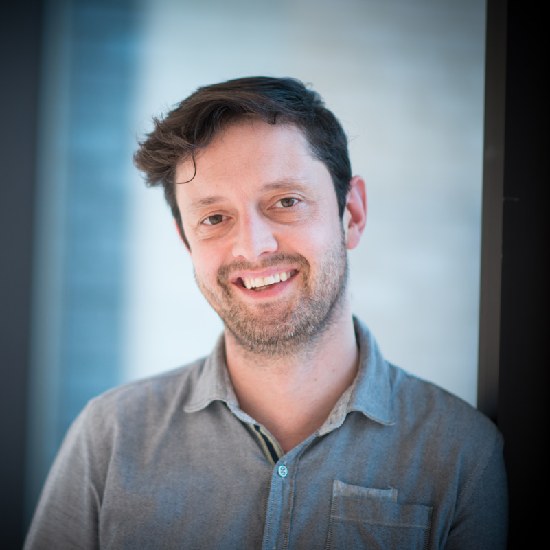 Prof. Jeroen Raes is full professor at KU Leuven since 2013 and VIB group leader since 2009. His group currently consists of 30 scientists, with expertise in bioinformatics, systems biology, clinical research and microbiology. He has a substantial track record in microbiome research and has been pioneering the analysis and integration of meta-omics datasets (metagenomics, metatranscriptomics, metaproteomics, meta-metabolomics) with environmental, clinical, host omics and dietary data. He was involved in the FP7 MetaHIT and NIH Human Microbiome Project (the latter as only European partner), which laid the foundations for the human microbiome field as it is today. Finally, his lab is performing a wide range of disease-related projects in a.o. IBD, diabetes, cancer, IBS and depression and develops novel approaches and tools for microbiome research. Jeroen Raes coordinates the Flemish Gut Flora project, a large-scale microbiome- focused population cohort in Belgium. He has received multiple awards and recognitions, among which a selection as FWO Odysseus Fellow, a Francqui Chair and selection for Cell journal’s “40 under 40” promising young scientists. His 2011 paper in Nature was selected by Science as part of their “Top 10 breakthroughs of the year 2011”.. 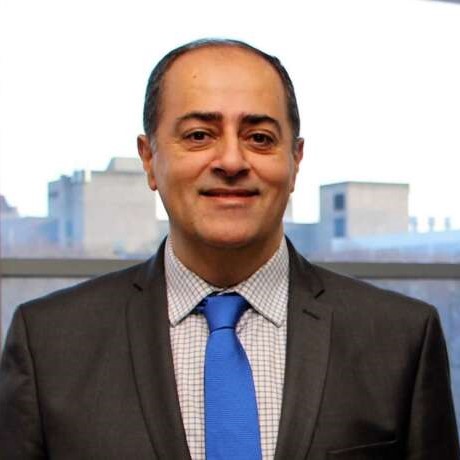 Dr. Shayan Sharif earned his Doctor of Veterinary Medicine degree in 1991 from the Faculty of Veterinary Medicine, University of Tehran. Subsequently, he came to the University of Guelph in 1993 to pursue a PhD degree in the area of Immunology and Immunogenetics. Dr. Sharif received a post-doctoral fellowship to begin his post-doctoral research in January 1999 in Immunology at The John Robrats Research Institute, London, Ontario. Dr. Sharif was recruited by the University of Guelph in 2001 to establish a research program in poultry immunology. Dr. Sharif has received the Pfizer Award for Research Excellence (2009) to recognize his research excellence and in 2017, he was selected as a University Research Leadership Chair. Dr. Sharif was inducted into the Canadian Academy of Health Sciences in 2022. Since 2015, Dr. Sharif is the co-Editor-in-Chief of Veterinary Immunology and Immunopathology. He is currently a Professor and Associate Dean, Research and Graduate Studies at the Ontario Veterinary College.